Neopera combines tough and finest melodic death metal with elements of classical music. Dominant guitars, aggressive shouts and driving rhythms unite with classic baritone and soprano voices and large orchestral arrangements. Symphonic metal in which stories are told, music is lived out without compromises and stereotypes. Life, as a predestination, contrast and conflict, is painted into large pictures with every note.

The Hamburg musician Jörn Schubert (lead guitarist Dark Age) composed in 2010 on his dream to bring metal and classical elements into harmony and in 2011 he performes a first demo with singer Thorsten Schuck, singer Nina Sreij, shouter Mirko Gluschke, bassist Dirk Schlächter (Gamma Ray), drummer André Schumann, and Corvin Bahn (keyboards / orchestral arrangements). On May 29th, 2012 Schubert signs a record deal with earMusic a project of Edel and the debut album “Destined Ways” was produced in the Hammerstudio by producer Eike Freese. The album is released on August 29, 2014. Schubert suffers from focal muscular dystonia in his left hand while recording the album. In Mikis Trimborn, Schubert has found a capable lead guitarist who can take on the previous solos in live performances. Since then, Schubert has only been able to make active music to a very limited extent. The first concert will take place on May 23, 2014. The second concert of Neopera is happens to be on the Wacken Open Air stage. Further concerts follow. A first unplugged acoustic concert is also planned, but due to the severe physical impairment, Jörn Schubert has to take a break from work. A live recording of the unplugged versions will be recorded in the Chameleon studio in Hamburg, including two brand new songs. Then Schubert dissolves Neopera in order to devote himself entirely to medical therapy in the hope of overcoming the muscular dystonia and being able to move his left hand in a normal way again. Schubert is able to achieve small successes here over the next few years. In 2018 it is time to take a first step to bring Neopera back to life. Schubert composes an EP with six new songs without completely regaining his ability to play and is working on a new band together with the singer Thorsten Schuck, who composes one of the songs included in the EP. It's a new start without the record company earMusic behind Neopera. Schubert will hold back from active live concerts and only work as a composer. 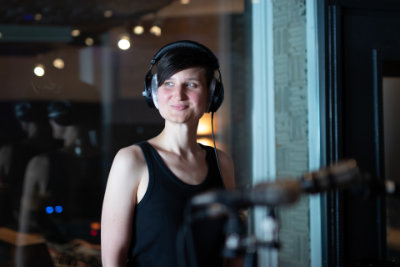 Jasmin Gajewski started singing at the age of seven. Since then music has accompanied her throughout her life. She studied classical singing in Hamburg, won the Franz Grothe Prize and is currently giving concerts in the church sector as well as in the genres operetta, musical and 20s / 30s music. Jasmin Gajewski and Thorsten Schuck already crossed paths during their studies. For a few years the two sang in the ensemble "Die Saenger.com". Last year they entered the wedding world with the duo "Rose & Champagne" and now they are on stage with the symphonic metal band "Neopera" 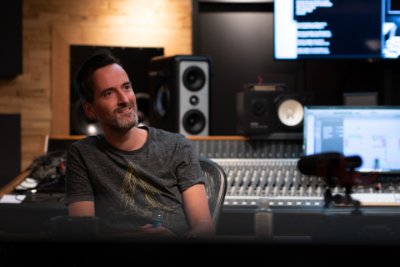 Thorsten Schuck studied classical singing in Hamburg in the class of Jale Papila and graduated with an additional pedagogical qualification. Since then he works as a vocal coach and soloist in different projects. Besides classical concerts in the area of oratory he covers a wide area of genres in his own projects: Jazz (Mr. Schuck & The Silent Seducers), Symphonic Metal (Neopera) and also operetta and musical (Rose & Champagne). 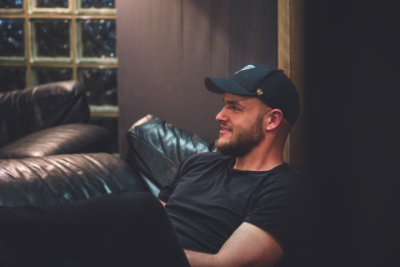 Nino Helfrich is a solo-artist and has been playing guitar for numerous metal bands including Neopera, Iron Angel and Inner Axis. Aside from his band activities Helfrich has released 3 Solo albums and worked with well known metal artists such as Angel Vivaldi, Björn Strid (Soilwork) Rich Gray (Annihilator) and Christoph Wieczorek (Annisokay). Helfrich has also been a long-term private student of Martin Miller, one of the most respected guitarists in the world. Nino Helfrich proudly endorses Ibanez Guitars and ENGL Amps.

Jörn Schubert, born on 05.10.1977 in Hamburg, started making music in his childhood. Already in elementary school he composed his first songs. What started out on old pots and self-made tin drums quickly became increasingly professional. At the age of just 7 he got his first piano lessons and at 11 he had his first lessons on the acoustic guitar. One year later, Jörn continued on his first electric guitar, which he got for Christmas: A metallic-red "Hohner SL-305-G". Since then he has never put the guitar down. In the following years Jörn got lessons on the electric guitar as well as on the classical acoustic guitar. Jörn founded his first band Dragon Slayer, later Annihilation of Power, in the early 90s with Simon Börner and Nils Kolonko. A CD with the title "Changes" was released. From 1997 on Jörn played in the band Dark Age as lead guitarist. Until 2013 he stood on stage for countless concerts and also released 9 albums with the band. In the year 2000 Jörn was also guitarist with Holy Moses for a short time. He worked on the EP "Master of Disaster" and also played a handful of concerts with Holy Moses. In 2010 Jörn finally started to realize his personal musician's dream of mixing metal with classical influences and started his own project. Inspired by Yngwie Malmsteen, Nightwish, Rhapsody of Fire and Blind Guardian to Morbid Angel, Cannibal Corpse, Nevermore, Dark Age and Entombed, as well as Mozart, Beethoven, Händel, Mendelssohn Bartholdy and Franz Schubert, Jörn's compositions began to take shape. Neopera saw the light of the music world and in 2011 a first demo EP was recorded in the Hammerstudio, in collaboration with producer Eike Freese. A record deal with earMusic/a Project of Edel and the longplayer "Destined Ways" followed. During the recordings for "Destined Ways", the stroke of fate that changed Joern's musical life fundamentally occurred: Due to a focal muscular dystonia in his left hand, it suddenly became almost impossible for Joern to continue playing guitar at the old familiar level. With severe cramps in his left hand, he still played some concerts with Neopera and recorded a live acoustic EP with two new studio songs. Afterwards, however, a longer break followed, because Jörn questioned his status as a musician due to the physical limitations. Only in 2019, after a long and intensive examination of his own situation and also with a redesign of the Neopera concept as well as a largely new band composition, a new attempt with Neopera should be undertaken. Although Jörn is now exclusively active as a composer, he remains the heart of the band. For live activities, despite long therapy, dexterity is not enough.